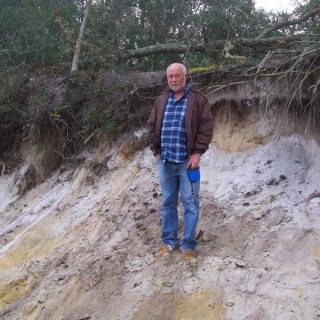 I have been running a small pressure washing business since 2000. I have not tried to market Brooks Pressure Washing until 2013. I have been cleaning new masonry construction working for contractors, and now am trying to service homeowners, it has been a lot of work trying to get my name into a different group of potential customers. For all your exterior pressure washing, staining, sealing and masonry repair projects, contact Brooks Pressure Washing. We clean all surfaces. http://www.nbrookspressurewashing.com

In 1863 Abraham Lincoln looking for ways to unite the nation during the civil war he gave his Thanksgiving Proclamation, a day of thanksgiving and praise to our heavenly Father.
Early thanksgiving celebration ln 1621 . William Bradford was governor of Plymouth colonies, proclaimed a day of thanksgiving, to celebrate the first harvest in the new world. The celebration lasted for three days. Edward Wilson who served as assistant governor and later served as governor for three terms, stated that 59 pilgrims and 90 indians belonging to the Wumponag tribe celebrated. The indians brought five deer and many other indian foods.
In 1941 Franklin Roosevelt wanting to extend the Christmas shopping season, proclaimed Thanksgiving the 3rd Thursday in November. After much controversy congress passed a resolution in 1941 stating that Thanksgiving will be celebrated on the 4th thursday in November.

Posted from WordPress for Android

This is a new Construction cleaning Which consist of brick and split face block. A great addition to Western Guilford high school. We will be here a couple days a week, keeping up with the brick masons. So if you need any​ masonry cleaning we will squeeze you in contact.http//:www.nbrookspressurewashing.com

After much thought I have come up with the 10 best reasons that our clients should use another Pressure washing service.

For all your pressure washing needs contact. Brooks Pressure Washing

This is a recreation center that we cleaned in Gibsonville NC it also has a gymnasium being built beside of it.for all of your brick cleaning needs contact

This is a new church building that we just finished cleaning in Mebane NC, this job turned out looking great , and masonry holds its beauty for years with little or no maintenance.  For all your masonry cleaning needs contact.Brooks Pressure Washing  http://www.nbrookspressurewashing.com

I have been very busy and haven’t posted for a while, but these step are unique enough that I thought I should post. This is resurfacing brick steps wit slate. The job turned out great. For all your step resurfacing needs contact http://www.nbrookspressurewashing.com

This is an apartment building that we cleaned in Charlotte NC.

We are busy, by if you need any Pressure Washing that needs done contact http://nbrookspressurewashing.com

This is a antique store we cleaned this morning, the stucco really needed cleaning. The curb appeal was raised dramatically after this cleaning. If your store or shop needs its curb appeal raised, contact Brooks Pressure Washing. http://www.nbrookspressurewashing.com